What if, ... we enable Moonshots for Europe?

Societies around the globe have been over centuries "muddling" around improving the current state, often with "unintended" effects outside the stakeholders' perception or mental models.

Often a leap forward has happened either due to a natural disaster or by societal shifts that triggered inventions and from that further social and technical innovations to take advantage of the arising challenge. But why not go for the "impossible" like "Landing the first man on the moon and bring him safely back to the Earth"?

Technology historian Thomas P. Hughes describes in his book "Rescuing Prometheus - The story of the mammoth projects - SAGE, ICBM, ARPANET/Internet, and Boston's Central Artery/Tunnel - that created new styles of management, new forms of organization, and a new vision of technology" examples of such massive advances (or one could say moonshots).

Even though, at first sight, the above is focused on technology only, the impact on societal and scientific innovations, like the newly defined field of system dynamics by Jay W. Forrester, later professor at the MIT Sloan School of Management, or eventually leading to the founding of the Society for Organizational Learning (SoL) or the Presencing Institute (both as spin-offs of the MIT Sloan School of Management). The key figures of the Presencing Institute founder Otto Scharmer kicked off a MOOC on the social innovation called Theory U that attracted more than 100,000 participants since its first run in early 2015. The focus here mainly on the human side, leaving at large out the involvement of technology.

On the other hand, Google's "Mothership" Alphabet founded the Moonshot Factory (AKA x-company) a few years ago to make technological moonshots possible, such as working on providing internet via looms circling autonomously in the stratosphere.

What if we take the social and the technological side and pack it into something bigger than the single parts?

Wouldn't that be the opportunity to make a positive leap (for all) into the future? 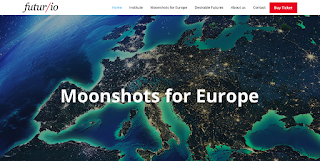 At the World Economic Forum 2019 in Davos Harald Neidhardt, founder of futur.io, presented a newly written book with the title "Moonshots for Europe" with inspiring thoughts to make that happen at a place where diversity, innovation, and technology (social and engineering) have a long-lasting tradition over centuries.

Saxony, slightly on the edge of the German landscape, and nevertheless known for cultural heritage, bears all the potential to bring both sides (social and engineering) of technology together.

Once "Moonshots for Europe" hits the ground over here in Saxony, it certainly falls on fertile grounds and unexpected futures could become reality. For sure on the "Moonshot" projects scientists work already in the labs around the city and beyond. The IEEE Time Technology Machine that took place at the centre of Dresden in early summer 2012 already opened the doors into the arriving future

Either come on over to the tiny Free State of Saxony, slightly on the edge and yet right in the centre (we are happy to guide you further through the gems of the region) or have a quick look on the various fields via this overview provided by the Wirtschaftsförderung Sachsen (Economic Development Agency of the Free State of Saxony).
Eingestellt von RalfLippold um 13:14 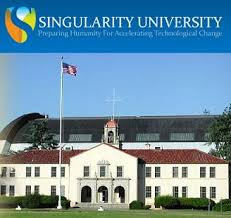